A forum for Shine to shine. 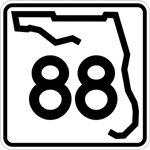 This is the last week of the regular season. There are exactly 10 games. You have to pick all of them.

These lines include a game played on Friday and nine on Saturday. I am not going to lock the thread. We will proceed on the honor system. But this board logs when you make your picks, and if you edit them. If you get caught cheating (i.e., posting picks after kickoff or changing picks to improve your win total), you are banned. Period. Your pick set must be posted before the first game in your pick set kicks off.

1. Everyone has to pick Game 1 against the spread.
2. Everyone has to post a total game score for Game 1 (it is the tie-breaker).
3. Pick any nine other games against the spread for a total of ten games.
4. All of your picks must be posted before the first game in your pick set kicks off.(See notes above)
5. I will try to include Thursday games, when possible. No promises.
6. If you win a week, you automatically qualify for the Bowl Championship Round of Pickem.
7. If not, you still might get in on total correct picks for the year and/or percentage correct picks.
8. After Week 10, we will see how many players are playing and decide how many at-large picks to grant and the rules for getting them.
9. Make your pick set look something like this (Please do not use lower case letters):

10. Don't post anything in this thread except your picks (talk trash in another thread).

Note 1: This season, we have 15 weeks in which there are enough games to crown a weekly winner (and Week 15 will be very thin).

Screw_Michigan wrote: ↑
Fri Mar 27, 2020 1:31 pm
A pile of shit in a paper bag would have better credentials for the presidency than Donald at this point. Seems they rather just lay there, get fucked and play victim 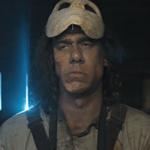 88 wrote: ↑
Sat Mar 14, 2020 11:02 am
You are a pathetic liar, and thus not very good at playing the message board game with grown ups. But the mentally disturbed on here are eating your shit up. So carry on.

Return to “CFB and CBB Pick'Em”