SC played Alison Krauss and Union Station in tune town Friday night and I been on a Bluegrass youtube binge since.

What are you favorite BG artists?

I guess AK and US would be mine. Just stupid levels of talent. Jerry Douglas is in a class by himself on Dobro. He has his own band now and they'll be in Connecticut next month. Gonna try to see him.

Been a big fan of Alison Krauss and Union Station for close to 20 years. Saw them play a couple of time locally back in the day (last time was probably 10 years ago). It was very cool to find out that the Soggy Bottom Boys were actually Union Station (Dan Tyminski singing lead).

They did a bunch of other songs in that film as well.

One of my all time favorite movies, BTW.
Top

I originally got into bluegrass back around 1998 or 1999, and it's one of those things where one seemingly unrelated thing leads to another.

I heard this version of the Beatles' Oh Darling on the radio, by somebody named Bela Fleck. I had no idea who Bela Fleck was, but from this song figured "she" had an amazing singing voice. It was when I got around to buying the CD that I realized Bela Fleck isn't a woman and he didn't sing the song, which was sung by another guy, John Cowan.

After listening to the CD, I was totally blown away by Bela Fleck and the Flecktones and have been a huge fan ever since. Don't know if you're familiar with them but Bela Fleck is probably the best banjo player evah. The Flecktones play what some call "Bluejazz," sort of a cross between bluegrass and jazz.

Béla Anton Leoš Fleck is a NYC native named after Hungarian composer Béla Bartók, Austrian composer Anton Webern, and Czech composer Leoš Janáček. Picked up banjo as a teenager because he liked the theme from the Beverly Hillbillies, and went on to become one of the originators of "newgrass" before branching out into a more jazz inspired style, as well as world music, classical and a lot of other stuff.

I started going back into his discography after listening to the Flecktones for a while and discovered the stuff he did in bluegrass. He and Jerry Douglas go back a long way.

Check out The Telluride Sessions by Strength in Numbers (1989 I think); 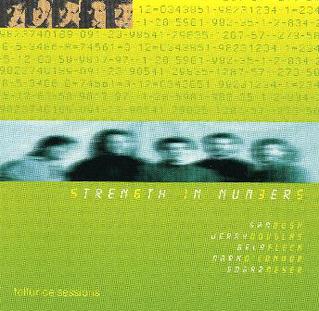 This is basically the same band:

Here's a live version of some of the songs

Iron Horse covers a lot of rock songs in bluegrass.

Lorrain Jordan and Carolina Road John looks at the fiddle player at .31 as where the fuck did you come from...

Bluegrass Rhonda Vincent with Daryl Singletary (RIP bro). Meet Ronda at Wintergrass 2011. She is pretty easy to look at.

I know you all hate SF but this festival always has a pretty interesting lineup.

Interesting to say the least. The SF show has some decent talent, but not enough to get me to go there. Shooter Jennings is pretty good. Steve Earle also.
Derron

I actually love SF. I just hate the fukkin' vermin that have over-run it the last 20 years or so.

Saw this show in San Diego on Thursday night. 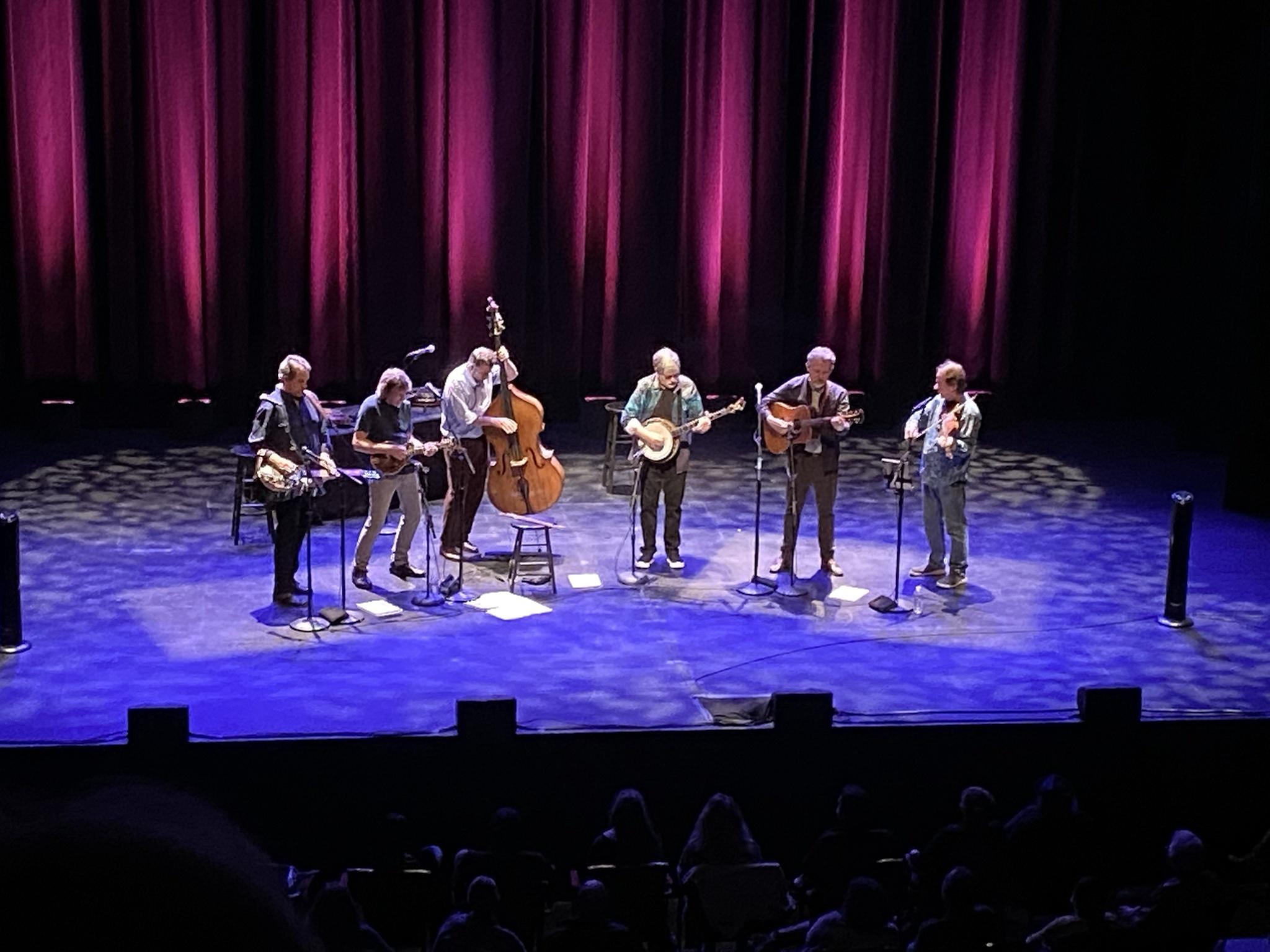 They played two one-hour sets with a 30 min break. Just a fucking phenomenal show. If you’re at all familiar with bluegrass / Americana you’ll know exactly what I’m talking about.

Most of the material came from the recent album, My Bluegrass Heart which features the same band with some illustrious guests like Billy Strings, Chris Thile, Sierra Hull, Dave Grisman, …

January 7 they’ll be live-streaming from the Ryman In Nashville, with the entire lineup from the album. I will definitely be watching that as well.

And speaking of really talented staring playing fukks, Leo Kottke and Mike Gordon just had a couple performances within a few hours of me, but I do t need to be hanging out at such places now as it would be a bad thing if I brought the rona home to the OL.

Her immune system is on vacation for the next few months due to the immunotherapy crap she’s doing.

I told a guy at work that I was heading out to see Bela Fleck, who he had never heard of, and that it was a bluegrass band. All the dude knew about bluegrass was that it had a banjo and a guy singing in a twangy voice. I said well it’s a six member band with banjo, dobro, flat pick guitar, fiddle, mandolin and bass. That got sort of a blank look so I did a mental roll eyes and went back to my office.

Later on I emailed him a link to Bela Fleck’s website and check it out if you’re interested.
Top

I hope your better half is doing OK and makes a full recovery.

Not nearly the same thing but Mrs Mikey had surgery on her ear a couple of weeks ago. Something called tympanoplasty with mastiodectomy. Basically fixing a busted eardrum and cleaning some growth from her middle ear. It’s outpatient procedure but pretty major going in from behind her ear for the masitoidectomy. So she’s out of commission for a few weeks. She couldn’t go to the show so I had to find another date.
Top

If you’d take the trouble to drop in on TT, you’d know otherwise.

Not nearly the same thing but Mrs Mikey had surgery on her ear a couple of weeks ago. Something called tympanoplasty with mastiodectomy. Basically fixing a busted eardrum and cleaning some growth from her middle ear. It’s outpatient procedure but pretty major going in from behind her ear for the masitoidectomy. So she’s out of commission for a few weeks. She couldn’t go to the show so I had to find another date.

Glad she’s doing good, Mikey. Had the eardrum broken? That hurts. Had it happen about 18 years ago.

She thinks it got fucked up a couple of years ago from multiple infections. Doing OK but still waiting on how good the hearing comes back.


Had no idea there were some bluegrassers here.

I always liked bluegrass, probably starting when John Hartford would perform on the Smothers Brothers show. Then later with Old & in the Way (Jerry Garcia, David Grisman, Vassar Clements), and of course the Flatt & Scruggs Beverly Hillbillies theme song and the theme from Deliverance. But was never really too much into it.

Then around 1998 I heard a version of the Beatles' song Oh Darling on the radio, by somebody named Bela Fleck and was blown away. It's not bluegrass, but I'll get to that in a minute.

Funny, I thought at the time that the singer was a woman named Bela Fleck. The singer wasn't Bela Fleck and Bela Fleck is not a woman. And also it wasn't much like anything else the Flecktones were doing. LOL...oh for two on that score. But it induced me to check out the album Live Art by Bela Fleck and the Flecktones. Became an immediate fan of the Flecktones and what people were calling "Bluejazz." Seriously great stuff. I must have seen them play live at least a half a dozen times since then. Then I started following all the other stuff Bela Fleck was doing, including going back to when he was playing in the "New Grass" movement and sort of branched out from there.

I also got very into Union Station as a result of Oh Brother Where Art Thou, which is where I first became aware of Jerry Douglas, one of the most amazing talents that I've ever heard. Saw them a few times over the years as well.
Top

I guess I just repeated pretty much what I wrote earlier in this thread.

Fuck it. You're allowed expected to do that kind of shit when you get old.
Top

My exposure to Bluegrass was similar to Mikey's. Bevery Hillbillies theme, Hee Haw, etc..... But never gave it much thought or attention other than that.

The wife, daughter and I would go to Opryland most every saturday. Opryland was basically HeeHaw meets Disneyland. Amusement rides, petting zoo which my daughter who was 3 at the time we moved there, made sure was always the first stop. The fukking white tailed deer at the petting zoo were morbidly obese, like most everything else in the south. I'll bet they would have produced some well marbled steaks.

They also had musical shows. And in Nashville, you can't swing a dead possum without knocking over at least a dozen world class musicians. So these shows had just a jaw dropping level of musical talent. There was a Gazebo in the park where every saturday morning Mike Snider, a HeeHaw regular and a few other players would hang out at this gazebo and absolutely tear it up. Snider is an extremely good Banjo picker and HeeHaw style standup comic. Watching these dudes pick and crack jokes was alwayys a good time. Been a big Bluegrass fan since.